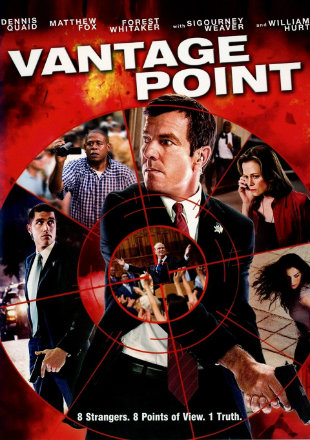 Movie Story: The President of the United States is in Salamanca, Spain, about to address the city in a public square. We see a plain-clothes cop, his girlfriend with another man, a mother and child, an American tourist with a video camera, and a Secret Service agent newly returned from medical leave. Shots ring out and the President falls; a few minutes later, we hear a distant explosion, then a bomb goes off in the square. Those minutes are retold, several times, emphasizing different characters’ actions. Gradually, we discover who’s behind the plot. Is the Secret Service one step ahead, or have the President’s adversaries thought of everything? 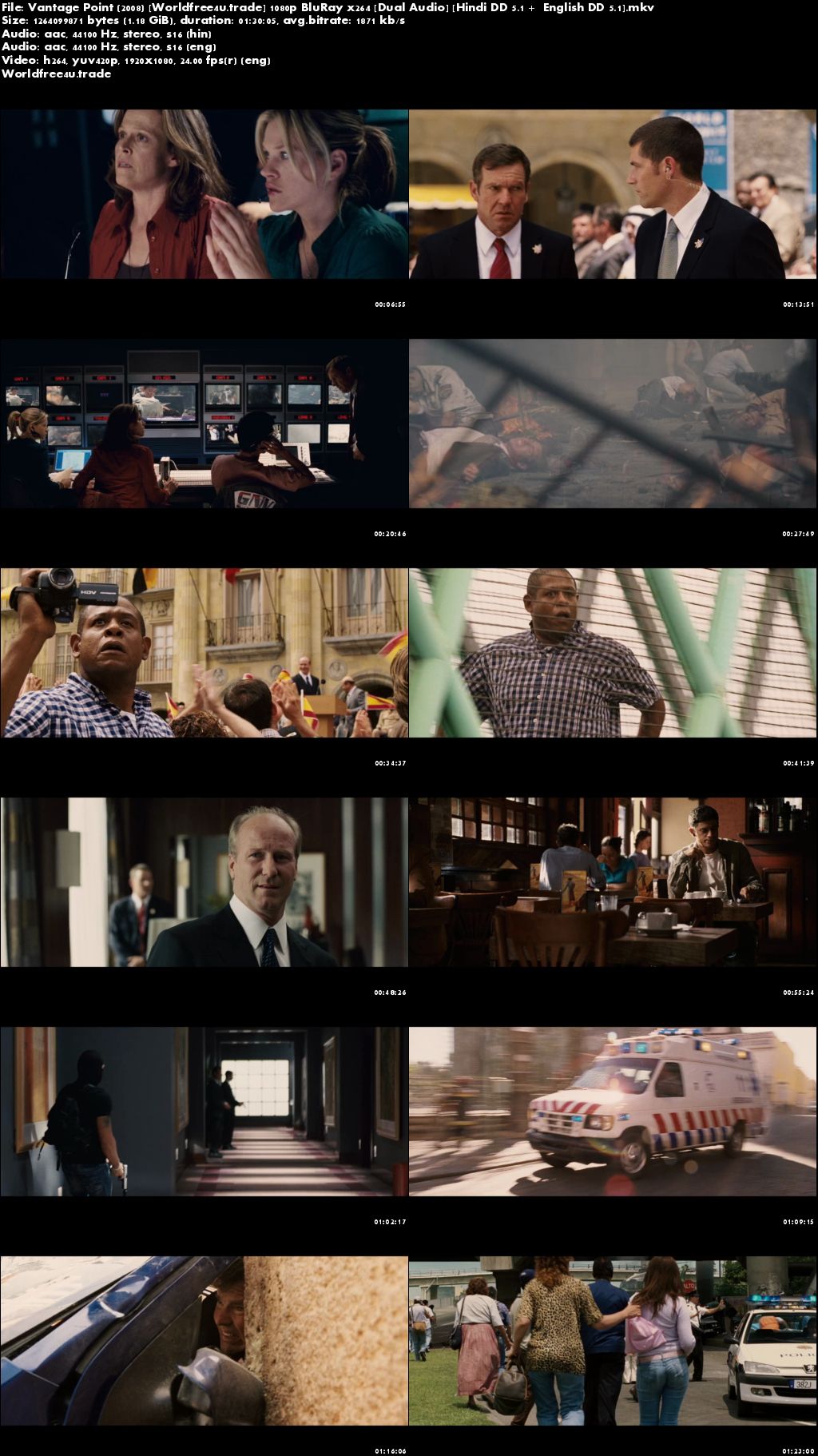